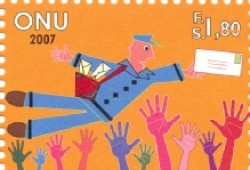 Carleton PhD candidate Will Tait attended the conference,where he presented a paper entitled “Earning the Right to be Heard: Christian Evangelicals and Overseas Food Aid and Development, 1974-1986.”  With the permission of the organisers, Will has shared many documents he brought back from this Conference.  He writes: “One theme that I did find interesting coming out in the conference papers and the workshops was the legal means by which states are countering the growing influence of NGO’s. Examples were the new Russian “foreign agent” law  and the Indian Government Intelligence Bureau Report of 2014.  All of this made me think of Bill C-51 at home and how the intentional vagueness of such laws gives exceptional leeway in countering views deemed against the national interest, especially in resource and energy sectors. It also made me think about the power of unelected NGOs despite their lack of status as legal entities under international law as well as issues of sovereignty.” 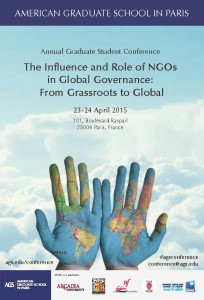 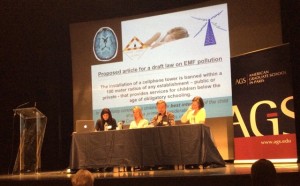 Last June, four of Bettina’s former graduate students met at the Canadian Historical Association‘s Annual meeting the time of a roundtable about her work.  The oldest of them all, I spoke – in French – of the way she supervised my research in the late 1980s, and about supervision in general.  Labour/Le travail published our roundtable this week.  You may read our contributions here.

In addition, thanks to the tireless radio work of Sean Graham, Active History posted an audio recording of the roundtable last month, which included, at the end, Bettina’s own comments.

Some of these thoughts were about retirement, a topic about which the President of the American Historical Association, Jan Goldstein, wrote eloquently about in her October 2014 column of the AHA’s Bulletin, Perspectives on History, in generous ways that converged with Bettina’s.

Bettina is retiring shortly, and she gave a talk on her work at her university, York, last year, entitled “Twists, Turns and Tall Shoulders”

Her colleagues organized a symposium on her work last Winter, with a wonderful program. You can find the program here..

She also became a fellow of the Royal Society of Canada last year, and gave a shorter talk then.